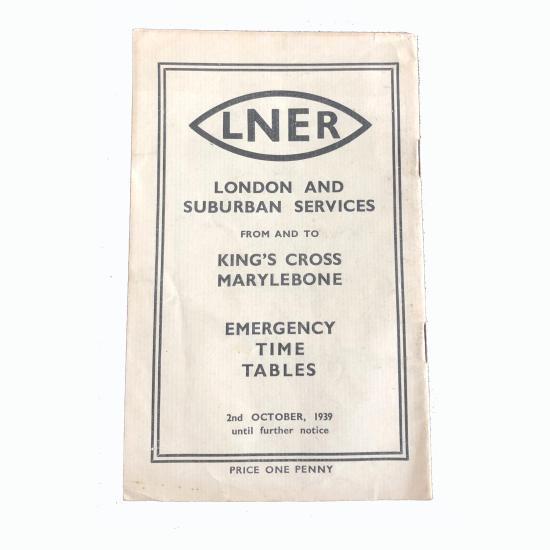 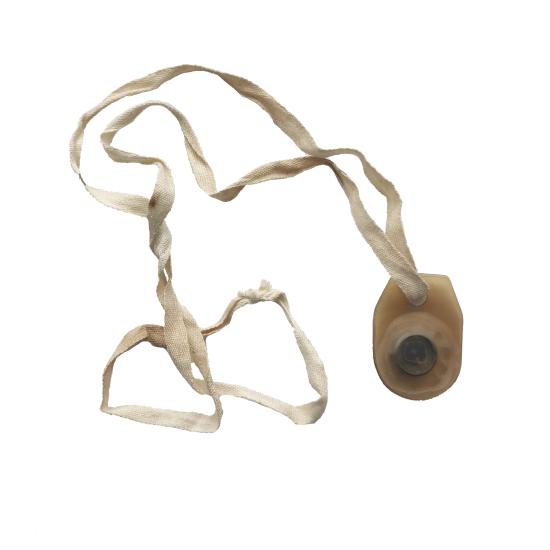 Good example of an RAF compass held within a water proof plastic pouch. These compasses would have been worn around members of an aircrews necks.  read more 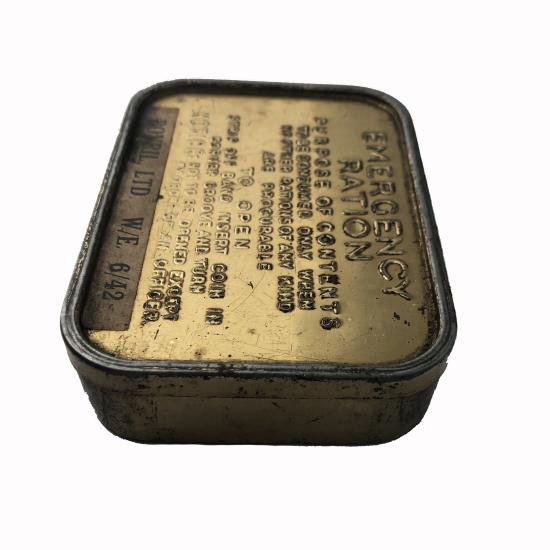 Gilt metal tin approx. 11 x 8 x 2.5cm. (empty) The packaging date on the label is 6/42. Text on the lid reads 'Emergency Ration - Purpose of Contents - To be consumed only when no other rations of any kind are procurable. To Open - Strip off band. Insert coin in corner groove and turn. Notice - not to be opened except on order of an officer'.  read more 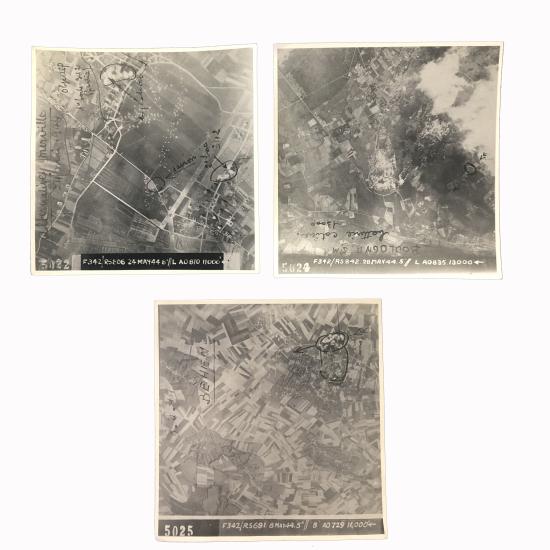 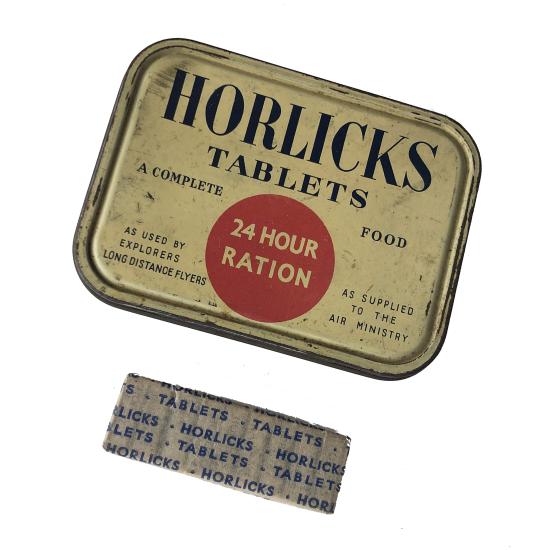 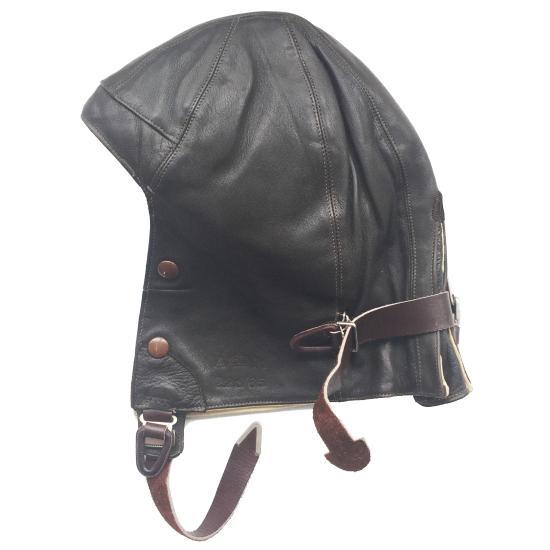 Stores reference 22c/65 non-wired flying helmet. Having been produced during the mid 1930's and in relatively small numbers, this early B-type type helmet is in mint condition with clearly embossed AM stores reference as well as a sewn in AM stores label (size 2) and Bennett buckle. This helmet would have been fitted with the large ear cups for use by the RAF. The none adapted helmets were typi...  read more 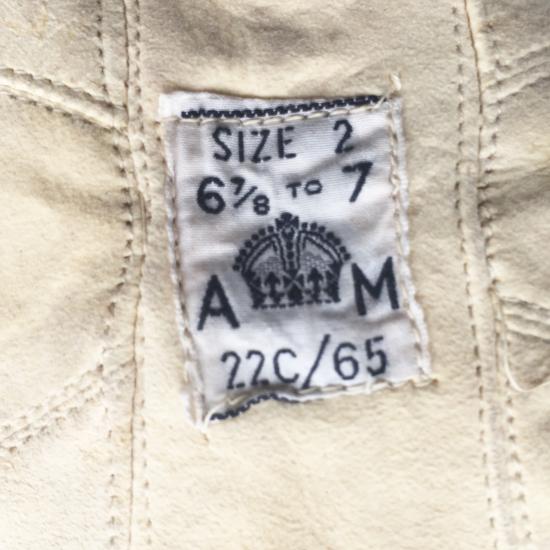 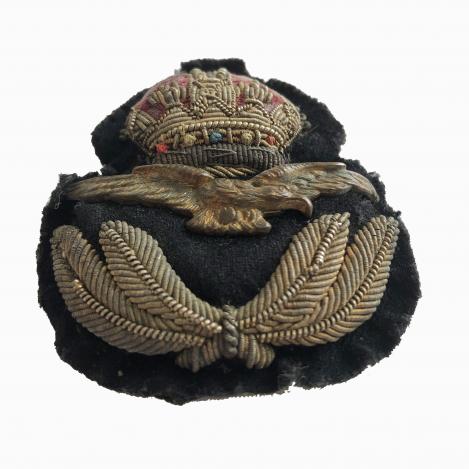 A good example of an uncleaned WW2 RAF Officers bullion cap badge, intricately detailed. This has been worn, most obviously seen on the red felt that forms the internal backing of the crown. The rear of the badge still retains some of its paper backing. Great piece for display or renovating an original hat.  read more 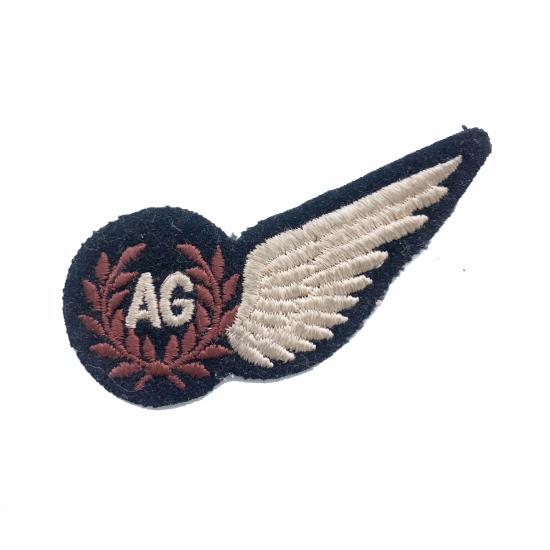 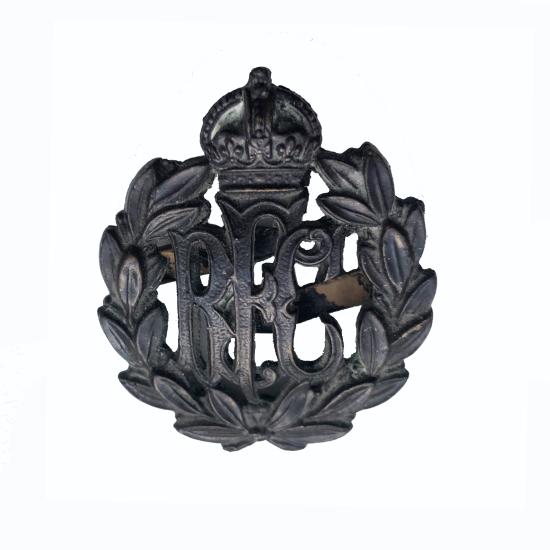