Early copy (No4) of the French magazine for liberated Europe featuring famous photograph stills of French resistance petrol bombing a German lorry in Paris. Main feature 'Winston Churchill on the Italian Front". Condition as would be expected for age, some great photographs that I have not seen before. 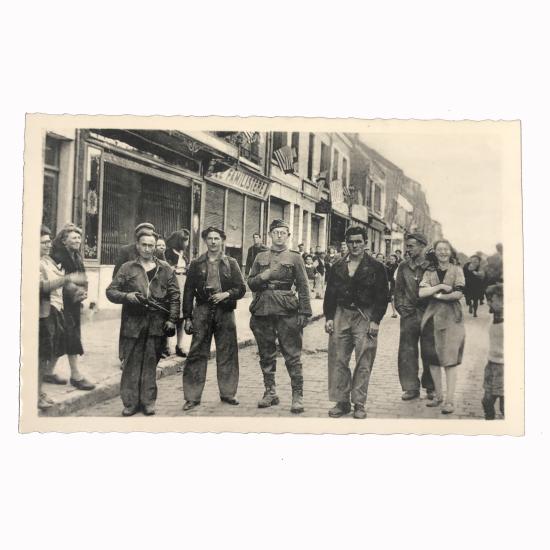 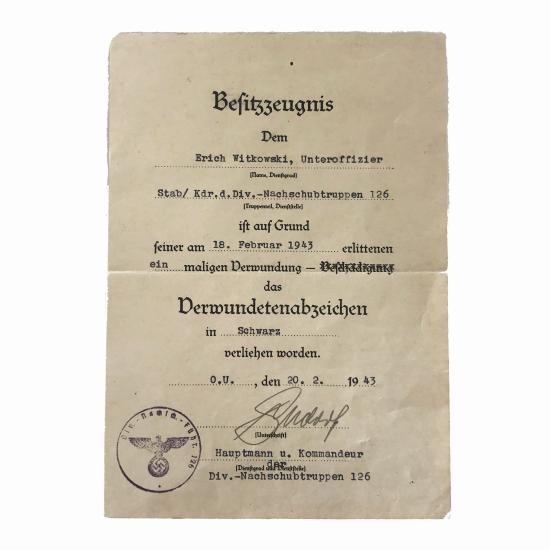 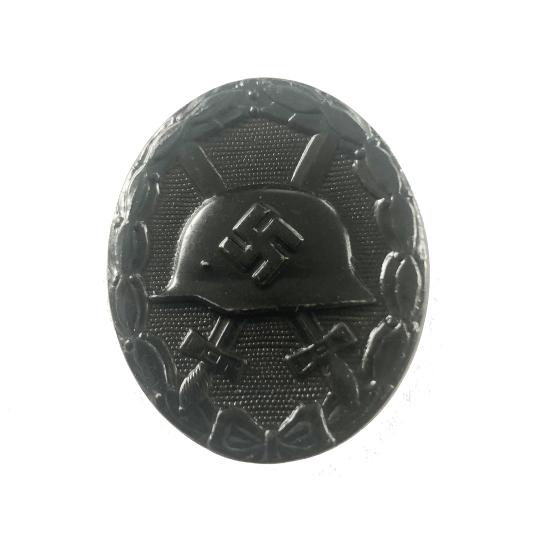 German wound badge in black. This is a standard hollow back back painted black. This award was awarded to troops who received their first injury.  read more 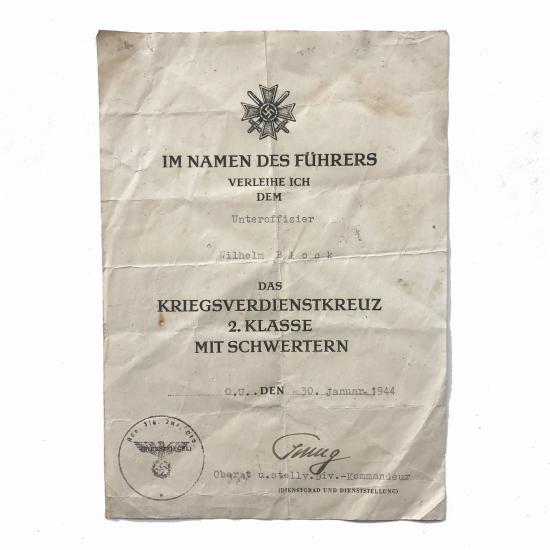 Plasfort private purchase civilian helmet (size 6 1/3) with Benjamin Products decal to front. Benjamin products was famous for the manufacture of industrial lighting and had a factory located in Islington London. The hemet is in good condition with no chips to the bakelite.  read more 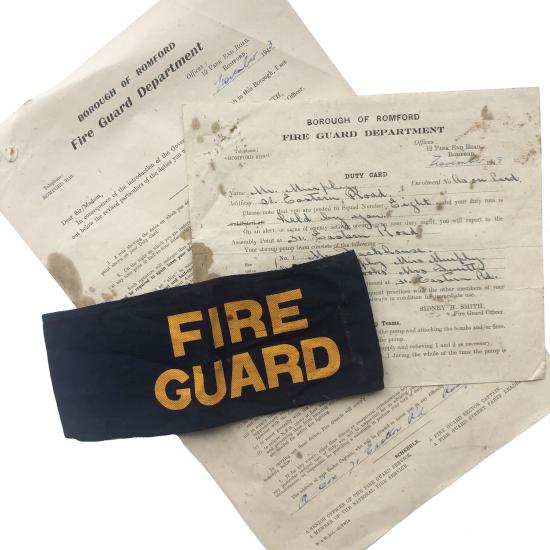 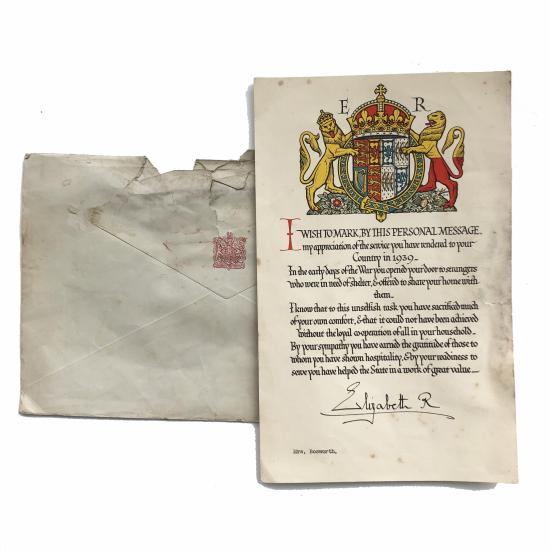 Every household across the country, who accommodated evacuees, during the WW2 was sent a thank you note from Queen Elizabeth (wife of King George VI). This one was sent to resident Mrs H Bosworth of Leamington Spa & dated 1939. First I have had with original envelope, worth further research.

This badge appears to have been field made or modified. I believe this to predate the Second World War. Size approx 3cm in diameter. Unusual item.  read more